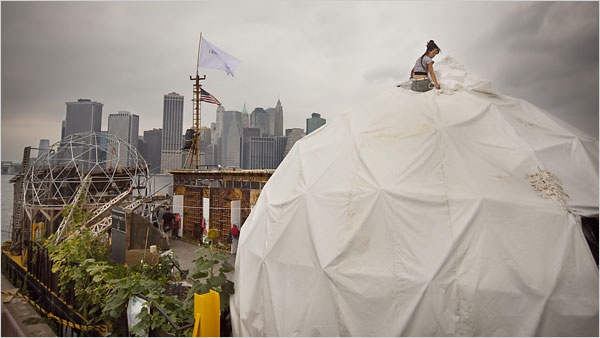 The Waterpod was designed by Mary Mattingly. The collaborative team was made up of artists, scientists and engineers from across the globe.

The Waterpod is an autonomous sustainable living system, designed to circulate the NYC area, sustain a utopian ecosystem, while supporting 4 inhabitants. The waterpod launched in 2009 June and completed it's 9 docking locations in NYC by 0ct of 2009.

Carman was the Living Systems director and designed and facilitated the creation of living systems: which included the chicken coop, greywater horticulture, irrigation, and the extensive edible gardens.